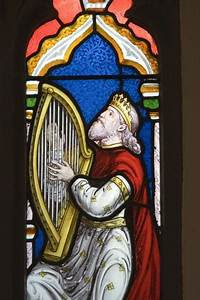 Psalm 137 describes Jewish captives in Babylon who had been defeated in more ways than one.

Overwhelmed by their overwhelming defeat at the hands of the cruel Babylonians (and the Jews' vengeful brothers, the Edomites), they “sat down” and “hung their harps” on willow trees, vowing to not sing to the Lord as long as they remained captives in a foreign land and Jerusalem lay in ruins. Totally understandable!

But totally wrong! Remember, these captives were not spiritual overcomers, like Daniel and his three friends. Many of them had lived compromised lives, flirting with pagan idolatry, which led to their captivity. So, when this overwhelming defeat overwhelmed them, these carnal Jews showed no spiritual resilience whatsoever.

Instead of rising up to meet their defeat with confidence in God’s sure, ultimate victory over Israel’s enemies, they sat down. Heavy as a rock! Silent. Sullen. Utterly hopeless. And in this depressed state, they were consumed with, not thoughts of God’s ultimate victory and glory, but their cruel enemies' ultimate demise (which was sure to come) (Psalm 137:7-9). But such meditations were not spiritually medicinal. Rather than healing their misery, their longings for vengeance only prolonged it.

What a contrast to the apostle Paul when he, too, experienced an overwhelming defeat (Acts 16:16-40). For doing God’s express will - casting a demon out of a prominent fortuneteller in Philippi - Paul and Silas were convicted without a trial, brutally scourged, shamefully tossed into jail, bound with painful stocks, and left to rot, all contrary to how Roman law dictated Roman citizens (which they were) should be treated. But, unlike the Jewish captives of Psalm 137, Paul and Silas showed amazing spiritual resilience.

They “sat down” physically, but that’s where their similarity to their disheartened Jewish forefathers ended. In spirit, they rose up on their invisible wings of prayer and praise and, like two imperial eagles, flew away into heavenly worship amid hellish imprisonment, shocking injustice, and intense psychological and physical suffering. Outwardly they were still in a state of defeat, but inwardly they were victorious, free from all fears and frets, and strong again - despite the worst the devil could, and did, do to them. Impossible?

No, possible! Because they did it. It’s on the record. And when they refused to hang up their harps of praise and worship, God lifted them from their defeat to restored usefulness. Immediately! After their miraculous release from the inner prison, they led the jailer and his family to faith in Christ (Acts 16:27-34)! Not finished, they then exhorted the Philippian Christians, who had surely been disillusioned by Paul and Silas' shockingly sudden and humiliating defeat, to keep the faith! “They went to Lydia’s house where they saw some of the believers and encouraged them. Then they left” (Acts 16:40, NCV). So, those who should have needed encouragement themselves encouraged their fellow believers, all because they refused to hang up their harps in great adversity.

Have you experienced a painful defeat? Are you “sitting down” not only physically, but spiritually? Have you “hung up your harp” and sworn off all further praise and worship? God didn’t seem to care for you, so you’re not going to care for Him! Learn from the spiritually immature Jewish captives in Babylon and the spiritually mature apostles in Philippi. Forsake the former way and follow the latter.

Go into your private room, where no one but God knows where you are and what you are doing. And shut the door, physically and psychologically, putting away all the painful memories of your defeat for the moment. Acknowledge God is still fully controlling your life - every detail (Proverbs 3:5-6). Acknowledge your defeat or loss could not have happened if He had not personally allowed it (Job 1:11-12; 2:3-6; John 19:11). Confess your faith that, since He personally allowed it, He meant it unto good, and will yet turn it for good (Genesis 50:20; Romans 8:28).

Then, by courageous faith, begin harping, with a piano, guitar, autoharp, violin, cello, or any other stringed instrument. Don’t have one? Use your natural “harp,” your larynx! As your breath passes over your voice box, your inborn harp, consisting of your vocal cords, vibrates and produces your singing voice. So, let the Lord hear it!

Offer the Father, Son, and Holy Spirit that praise you said you would never offer again. On or off key, your singing will be sweet music in His ears. Give Him the thanks you vowed to never offer again. Recall His recent good blessings and kindnesses that your defeat has, for the moment, made you forget. Why? No matter how bad, unfair, and mean-spirited your adversary and defeat, your Savior - who vowed to “never leave thee, nor forsake thee” (Hebrews 13:5) and be “with you always, even to the end of the age” (Matthew 28:20, NKJV) - is still with you and He’s still good, fair, sweet-spirited, and utterly worthy of your “harping.” And He’s ready to help you immediately no matter how sudden, stunning, or low your “captivity.”

As you harp, He will help. He will first shake the foundation of your “inner prison” - your offended, unbelieving spirit - and, after you confess your sin and repent, your faith will revive and you will again believe the impossible is possible with God. What has happened? The miracle-working, invincible, super-positive Spirit of God fell afresh upon you in His power the moment you picked up your harp and begin praising God in defeat. Then watch what He does, in you, through you, around you. Watch also how He intervenes in your situation to send other refreshing, uplifting mercies in the midst of your pitilessly oppressive circumstances.

Will He work a miracle? Perhaps! Or He may choose to work providentially, helping and favoring you through apparently ordinary people and events. But the real miracle will be you! You didn’t sink, sit, and sulk, as you used to do. You didn’t stay down when you fell down, as the enemy hoped and bet you would. You didn’t let your defeat define your destiny. And that’s not all.

By overcoming unfairness, by showing spiritual resilience, by refusing to accept your present defeat as a permanent defeat, you have qualified to join the ranks of heaven’s spiritual overcomers, which includes the 144,000 Jews and the Tribulation martyrs, who will one day stand before God in heaven with “the harps of God” and “sing the song of Moses . . . and the Lamb” (Revelation 15:2-3).

While all the earth groans, weeps, and languishes under the bitter lash of Antichrist, all heaven, though grieved by the apocalyptic judgments, will be simultaneously rapt with the sweet sound of “harpers harping with their harps” (Revelation 14:2). And you will be among them, still harping on your harp . . . if you choose to never hang up your harp! 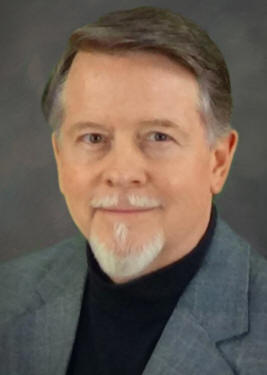